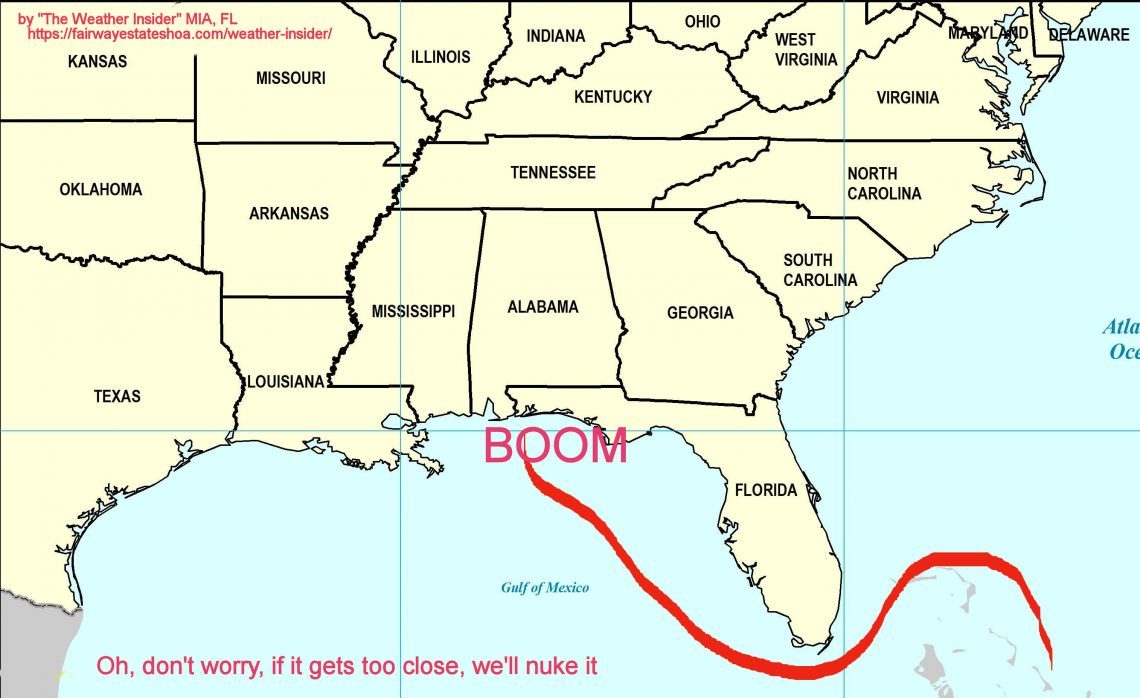 Our FAKE PRESIDENT owes an apology to thousands of scientists and workers involved in the earth sciences– an apology for developing his very own spurious Hurricane Dorian weather forecast and unnecessarily panicking and inconveniencing citizens and public agencies in Alabama. All he had to simply say on Day 1 was that “I made a mistake and I’m sorry,” and none of this divisive contention would ever have happened.

It’s high time that at least a few folks in our laughable Congress stand up to this vile, corrupt imbecile Donald J. Trump. He is clearly unfit for public office of any kind and is in fact a dangerous person who should be taken out of the Oval Office TODAY for this “Sharpie-gate” incident alone.

I suppose maybe I’m taking all this too seriously, but I guess it’s kind of personal.

I spent 12 years of my life getting an education in how to save lives with hurricane forecasting. Mike Garstang, my major professor, and my fellow FSU grad school researchers launched the very first weather data buoy into the Atlantic Ocean off Barbados, W.I. the summer of 1968. Mike almost drowned during the placement. I was responsible for archiving and processing much of the data that came off that buoy. I spent three years (1972-75) at the National Data Buoy Center in Bay St. Louis, MS helping to develop a robust, affordable data buoy that could be deployed all over the deep oceans.

Now, there are many hundreds of data buoys feeding prediction models which furnish hurricane tracking information that, when accurately reported, can help avoid panics and tragedies like those we have suffered right here in Miami-Dade.

Since 2005, I have been engaged in private tropical storm forecasting, “The Weather Insider,” that is presented as a public service on our local civic association website at https://fairwayestateshoa.com/weather-insider/

During the 2017 hurricane season, using the European prediction model, the “Insider” predicted within seven miles, thirty hours in advance, the landfall  of Hurricane Irma.